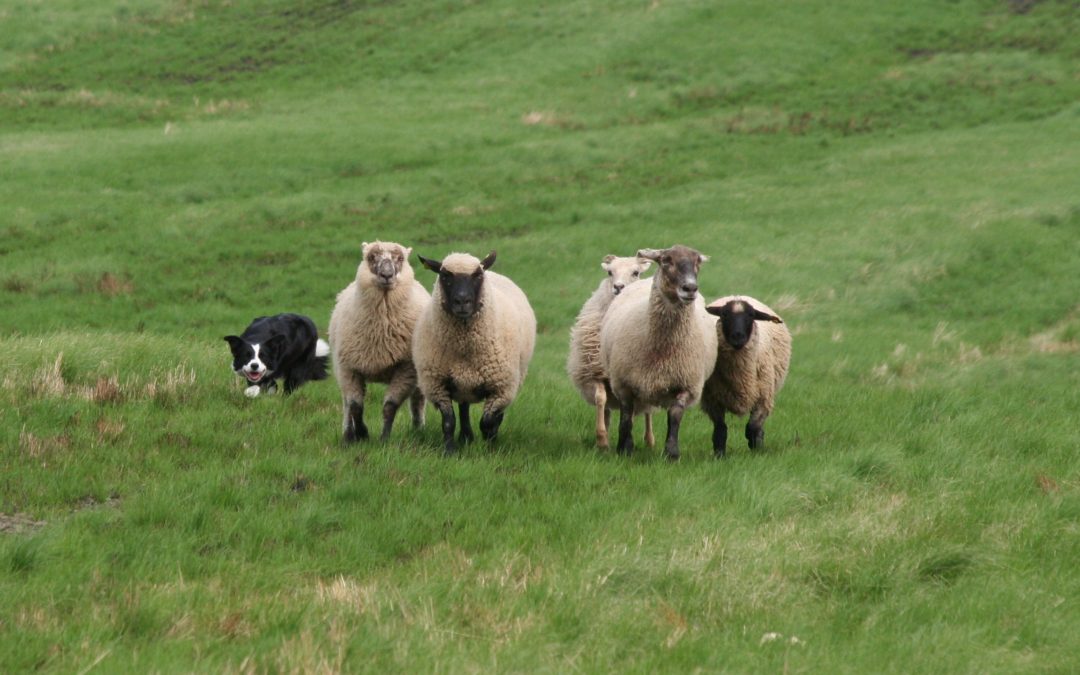 We have had some problems with Cozy in the flock, she wasn’t happy beeing with us inside the house when the other dogs was inside as well. We did try to find a soloution but it just would not get better. We talked to our puppy buyers and told them about the problem. After a short time we found one ( A parent to another puppy buyer )  who would like to take Cozy home and see if she would settle in there. Cozy did settle in and now lives in Jutland happy as ever, no other dogs in the house and all the time with her new human she could ever wish for <3
It was hard on me, but seeing Cozy this happy makes me happy too.

In April we had to say goodbye to Bailey, I still can’t even write it without getting tears in my eyes. Everyone who knew Bailey and know me, knows how much she meant to me. She was old and her legs was beginning to fail her, she was almost completely deaf and she was sooo tired. She was still happy but I felt it was time if she should leave with the dignity she deserved.
I bought her from Erik Holmgaard when she was 13 weeks old and I used the first months with her to make her trust me and the world. She did learn and ended up being a force of nature in her own. She lead the pack, she started the games and when she demanded silence there was silence in the pack.
She led me into this world of dogs and great friends, competitions and the wish for breeding a great breed that still have all its instincts intact.

And with that note, instincts intact, we have acquired two new members in our pack.
First a little Czech boy from Ivan Linhard – Kennel Gulden Land. Blaze is by the time of this writing almost 14 weeks old. He is black and white, smooth coated and very very very sure of him self. Oh my! Ivan did a great job with him! Blaze will be doing agility and working on the sheep of course.
By other great dogs in his pedigree I should mention Kevin Evans Kemi Spot and Aled Owens Cap.

Then I bought a little girl at 18 month from Jordan McGowan, Silverstream Sheepdogs in Ireland. She is after Kevin Evans Kemi Jimmy and on her dams side she has Aled Owens Bob. I liked her a lot seeing the video and took the chance buying her.
She needs some training on the sheep, but she feels a lot like a young Joy. Im looking so much forward to take her further. I don’t know if she will be doing agility – for that I have dogs enough and her talent on the sheep is so great so maybe, just maybe, I’ll only use her for that. 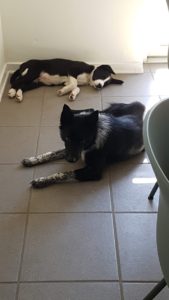 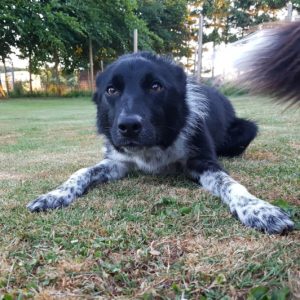 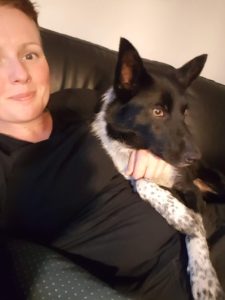 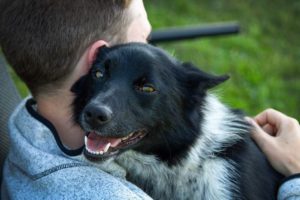 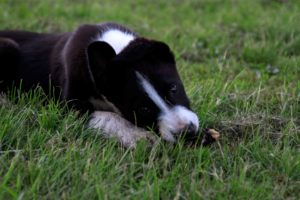 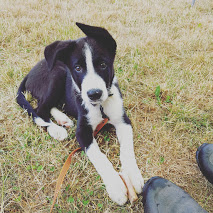